The History of Ketso

As a hands-on toolkit, Ketso is used by hundreds of organisations for planning, educating, learning and creating in countries all around the world. Here’s a timeline showing how it all started and some key moments in Ketso’s journey as a globally recognised innovation.

Dr Joanne Tippett develops Ketso as an answer to a social challenge in Lesotho, while working with villagers to enhance sustainability in their communities. She finds that in mixed gender groups, women are less likely to have a say, and develops Ketso to overcome this challenge. By ensuring that everyone is able to contribute, everyone’s ideas are gathered.

Ketso is further developed in Joanne’s PhD,in partnership with the Mersey Basin Campaign. She uses it to encourage dialogue and decision-making for a programme of workshops with local residents and organisations, to develop the future visions for the Irk Valley in North Manchester, UK. The involvement of the community and the results generated through Ketso help secure a £1.7 million environment generation grant. Participants’ enthusiastic responses encourage Joanne to keep developing the kit.

2005 Inspired to develop Ketso into a product

Joanne is inspired to develop the toolkit as a product that anyone can use. She realises that the bespoke, handmade toolkit she had developed for her ecological planning work can be useful for anyone wanting to learn from each other and develop ideas together. This is a real shift, as prior to this ‘lightbulb moment’ she assumed there would only be the one kit in the world, and people would go to her to run better workshops because she had that kit. She starts to work with her father, Bill Tippett, and UMI3 to develop a product that can be manufactured.

The first Ketso workshop with over 100 people is run with Ketso for Manchester City Council in the UK. Using Ketso, people from organisations across the city quickly generate 1,300 new ideas for the launch of a Green City Network.

2009 Launches as a social enterprise

After years of trial and error, searching for ethical suppliers and listening to feedback from early adopters, a kit manufactured for sale is developed. Ketso launches as a social enterprise.

Renfrewshire Council in the UK uses Ketso to engage with over 450 community members in their Community Planning Conference.

Ketso returns to the African continent, this time contributing to research into climate change vulnerability and adaptation in five African cities.

Joanne wins the Association of European Schools of Planning Excellence in Teaching Prize for the innovation of Ketso.

A peer-reviewed article is published about Ketso’s use in research into household drinking water management, in Peru.

Ketso is a key tool for engagement with stakeholders, leading to a new Scottish Strategy on Refugee Integration.

2014 Proves worth in promoting social inclusion

SeeMe Scotland uses Ketso to engage with over 200 participants looking at how to end mental health stigma in Scotland.

Ketso is used in Kenya with a Maasai women’s collective for creating their own enterprise for managing their cattle. 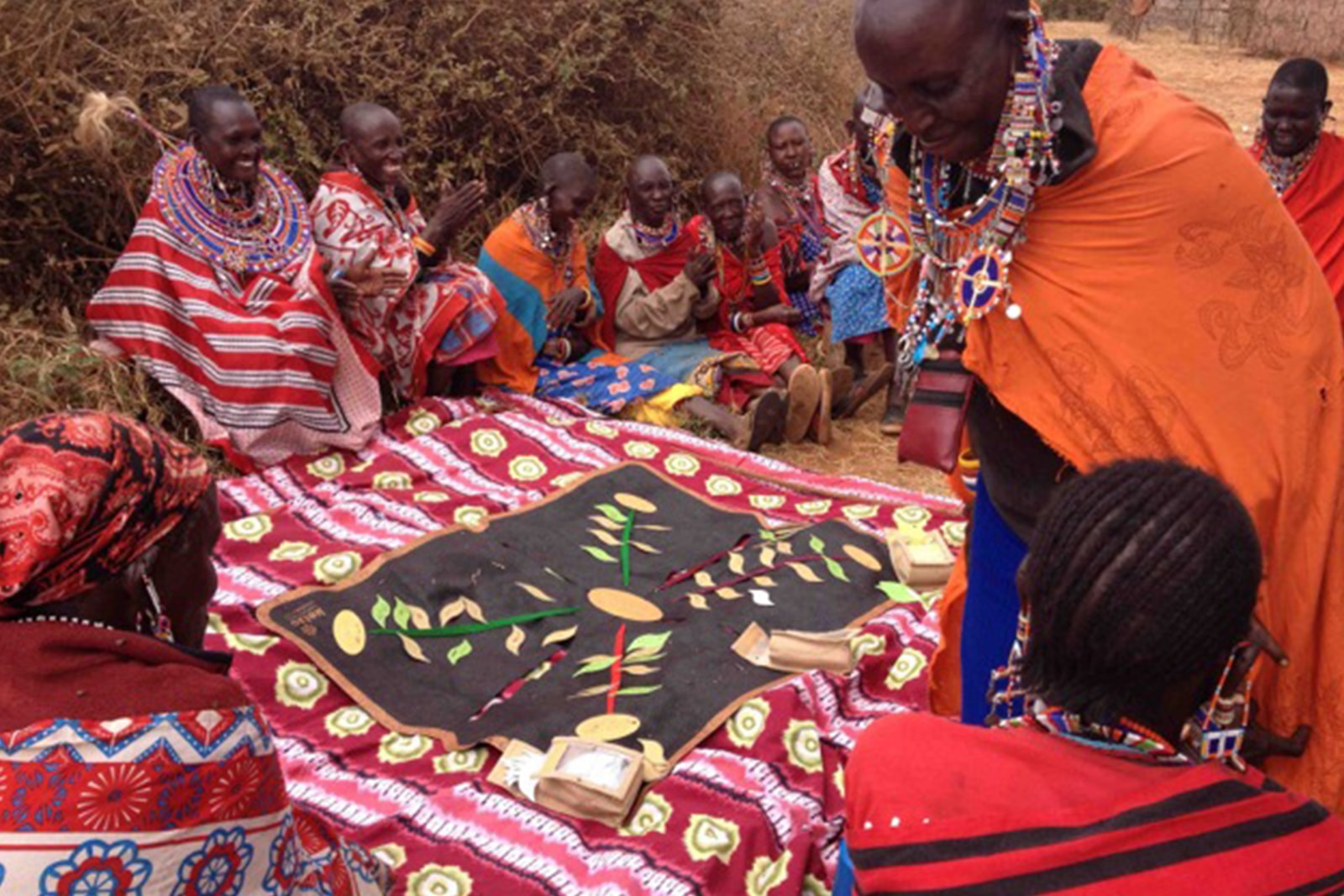 Ketso is a finalist in the Praxis Unico Impact Awards. 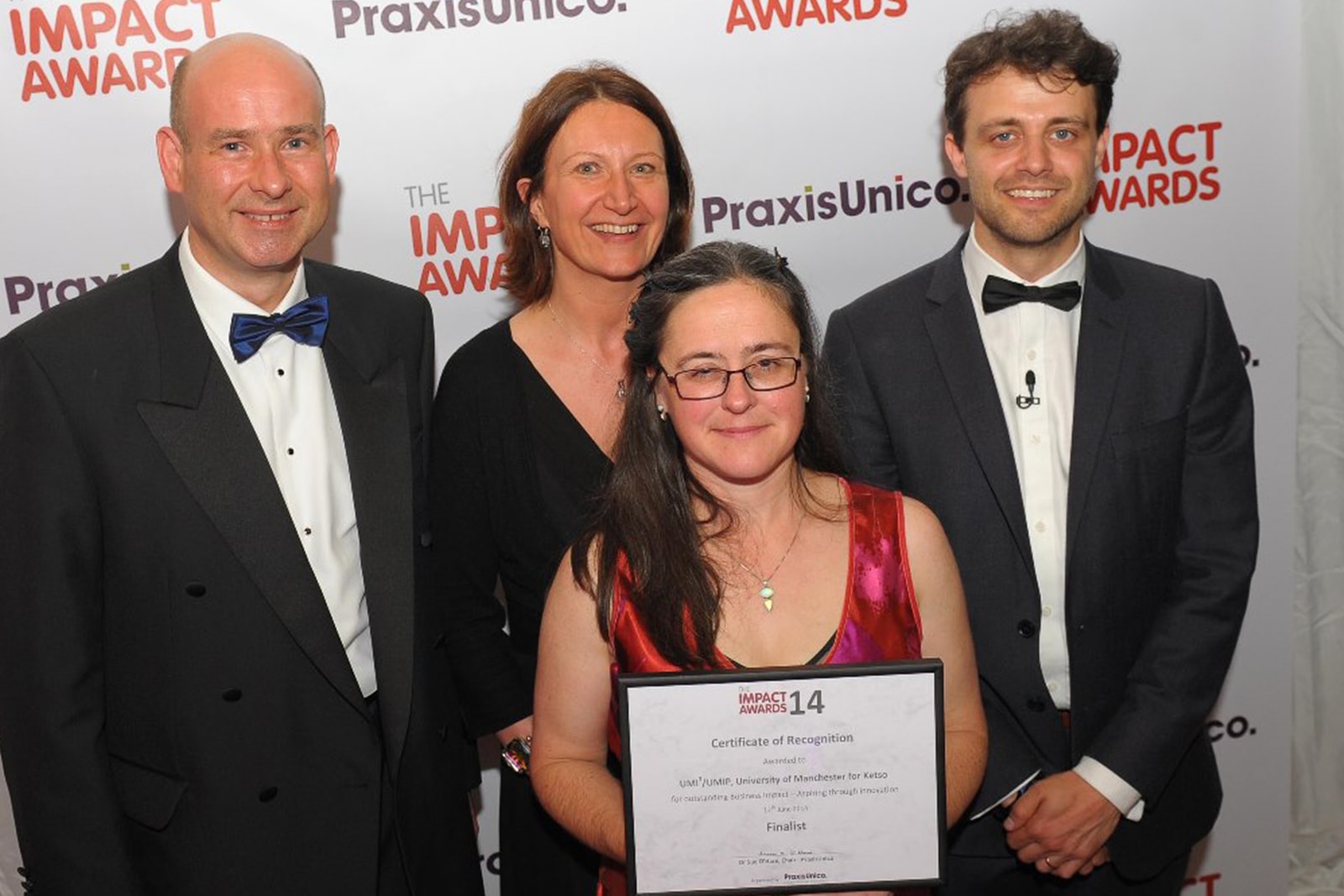 2015 Recognised for making a difference

Ketso is highly commended as an outstanding social enterprise at the University of Manchester’s Making a Difference Awards 2015.

Ketso reaches a milestone of being used in more than 60 countries. The Ketso kit proves its value as a truly universal way to engage groups in communication, idea generation and planning.

See our global use

Ketso’s value to business is also recognised when Fraser How is invited to run Ketso workshops at the regional Members’ Days for the Agile Business Consortium, in recognition of his experience using Ketso for team merging and forward planning workshops with clients, including Tesco and Amey.

Community engagement enabled by Ketso contributes to a successful bid  by the Great Manchester Wetlands Partnership for their flagship Carbon Landscape Project. A £3.2 million regional initiative to deliver significant restoration and improvements to a network of 50+ nature reserves is launched, with Ketso as a community engagement tool. 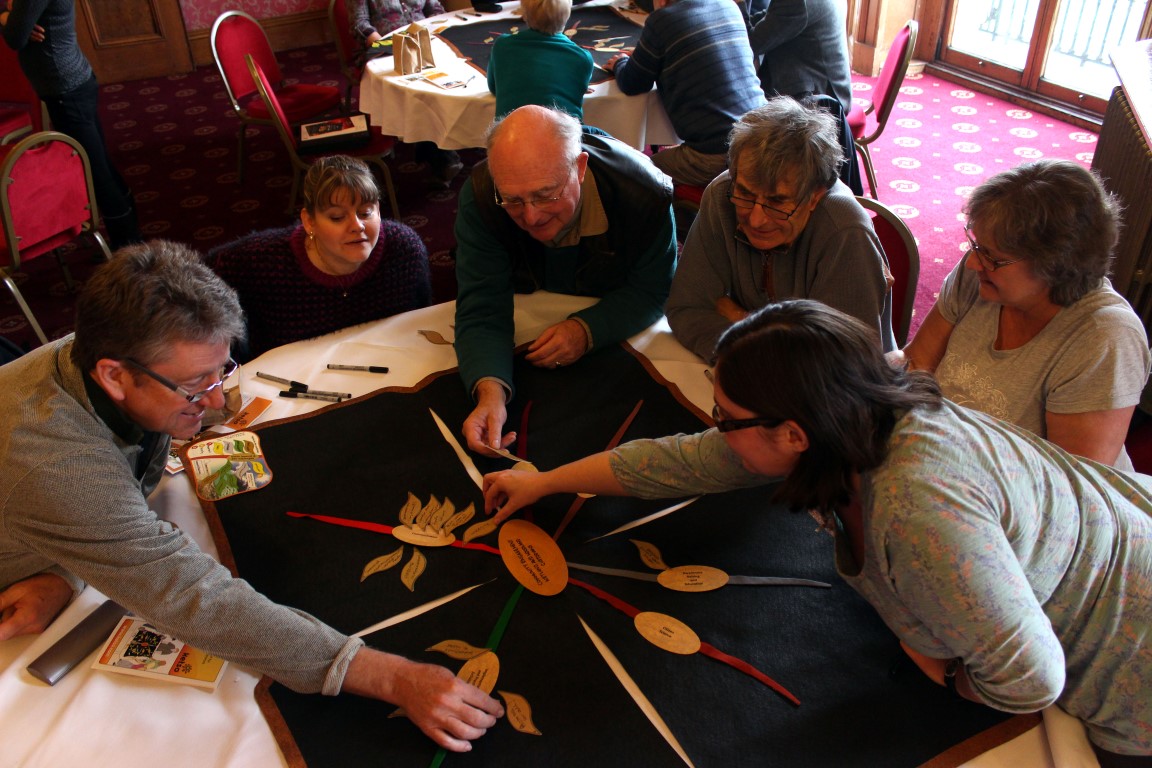 Two new products are designed with fair trade group Motif, in Bangladesh 2018. My Ketso is developed and created with artisans in Bangladesh, using recycled denim and re-used sari fabric. New Ketso wash bags are also developed, using materials that are used to sieve sand in the canals of Dhaka.

Ketso works with Paperworks, the supportive workplace that assembles Ketsos, to develop new templates so people with visual impairments can work in the manufacture of Ketso.

In response to the global pandemic, the whole education system worldwide shifted to learning at home and online settings in a matter of days. The Ketso team started experimenting with new ways to use Ketso in home-schooling, with Joanne working from home alongside 8-year old Iris. 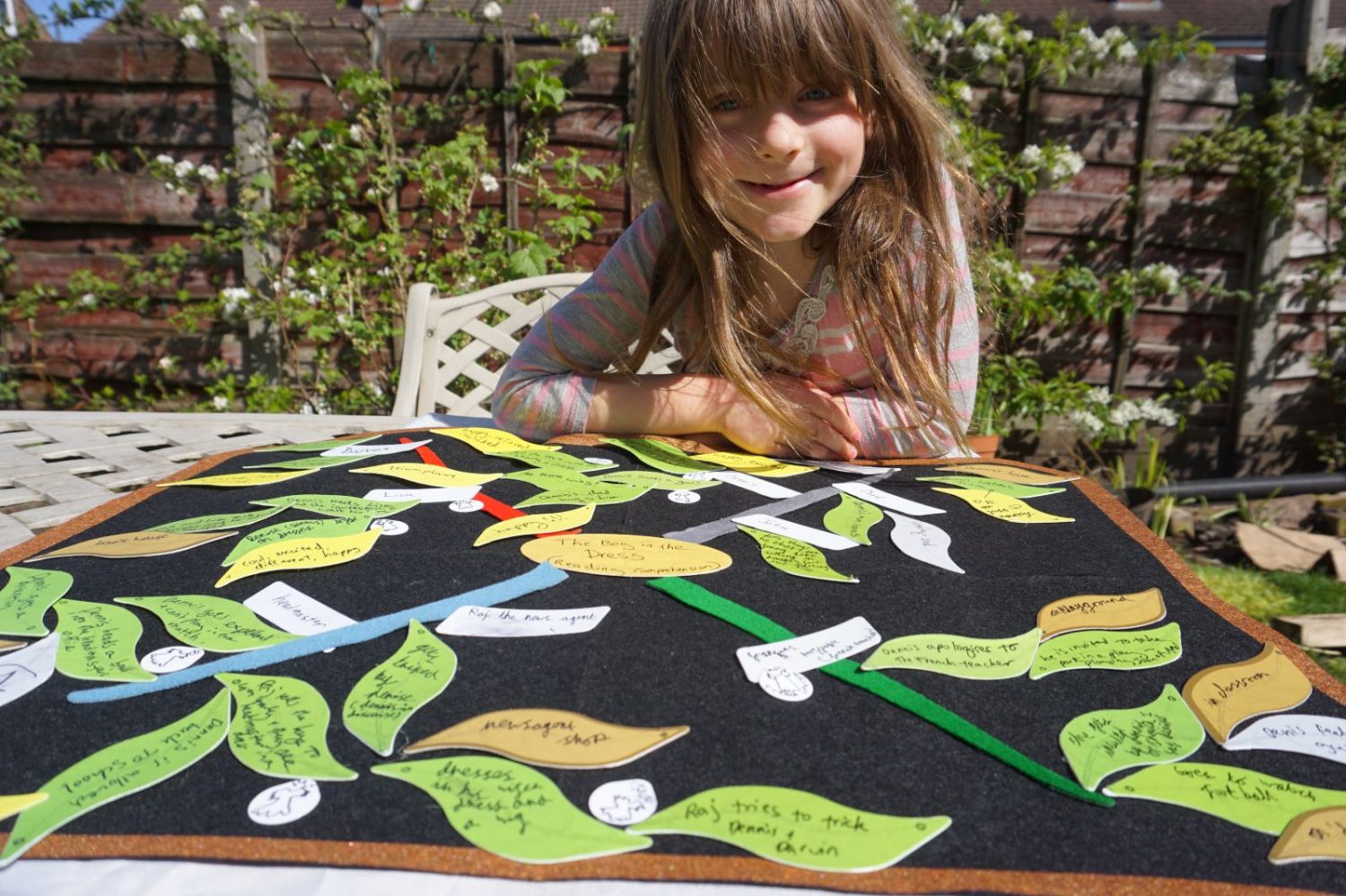 As the pandemic continued to disrupt all aspects of education, Ketso innovated and developed a new product, Ketso Connect. This is the simplest and cheapest Ketso product to date, designed to be bought for whole cohorts of students to allow them to engage effectively with each other and to be used in active, self-directed learning. We are pleased to report Ketso Connect is now being ordered and used by universities around the world, with cohorts ranging from a class of 20 to a whole year group of 500. 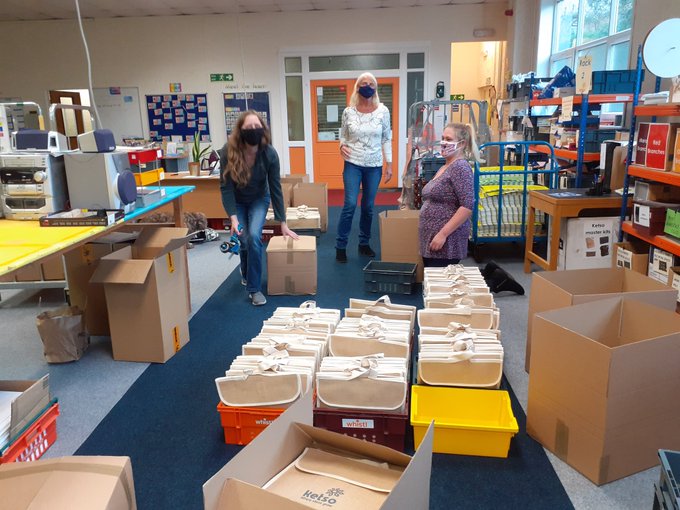 As of early February, 2021, Ketso Connects have been sent to 966 students, 142 stakeholders / community members to use in workshops, and 241 academics and facilitation practitioners. There are 1349 kits in use in 25 countries, and the total number of countries where Ketso has been used reaches 83. 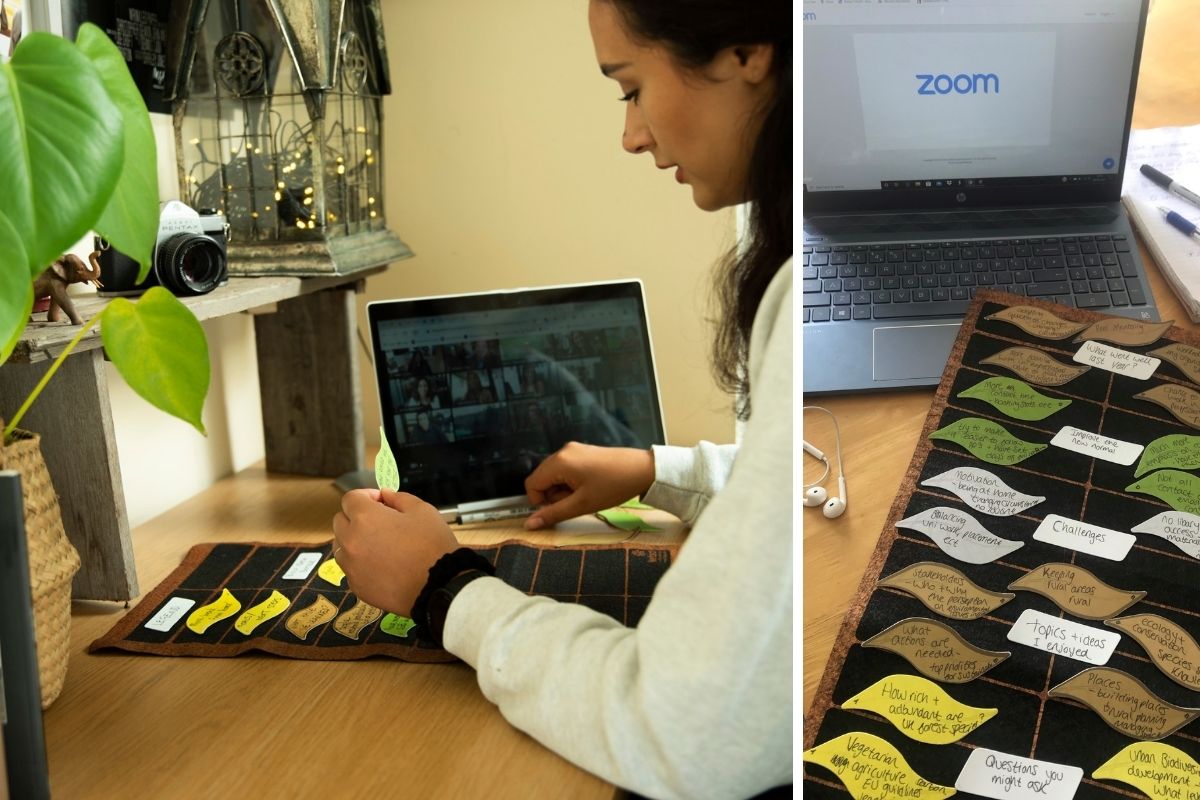 Feedback is very positive, and the team continues to innovate, combining the hands-on approach of Ketso with digital tools to facilitate sharing of ideas across time zones and countries. Ketso Connect proves to be a tool for learning together and apart. 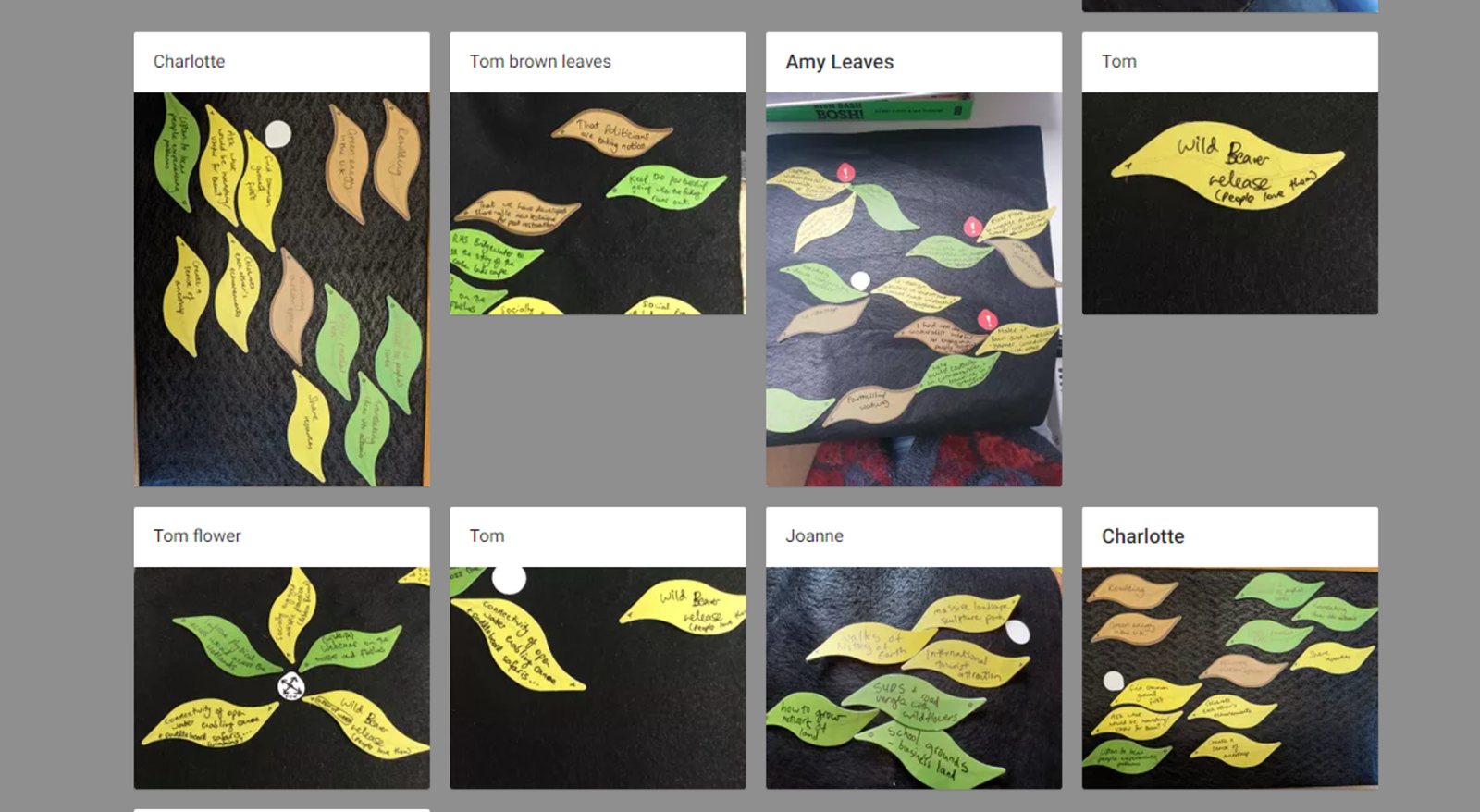